There’s a Light. Everything around us is so surreal right now. Why should real estate be any different? Two months ago, I was writing about how we should all be positioning ourselves in a home for the future. I had no idea that the most popular realtor pitch would soon be, “Can you see yourself being quarantined in this home?” So, for the last two months, we’ve all had the opportunity to really ponder our current digs, and how strong our desire is to stay or make a desirable move.

But… uncertainty. Suddenly, we seem to have an abundance of that. Let alone the constant cadre of doomsayers in even the best of times, these are the times when even the most optimistic of us have to pause and really evaluate the legitimate information available, also known as facts. The facts I have to share with you are in the form of data, mostly. And it is in the analysis of the data that one derives confidence in his or her decision-making. But data cannot predict the future without a fair number of solid assumptions regarding social behavior, economics and (gasp) politics. Suffice it to say that I will make my observations and predictions, and many may disagree with me. I welcome all input and opinions of what I might be missing, or of what I may have dead right. My email is available above.

Those of you who have followed me over the years know that I like to pull in a steady stream of market data so that I’m able to see the many microcosms within the market as well as the macrocosm of Denver area real estate. You may want to grab a cup of coffee. This gets a little dry for a minute.

There are 77 different data sets that I pull into my spreadsheets and from which I create graphs, so I understand the various market segments. . I measure market vitality as the absorption of available inventory. When more than half of what’s available in any demographic is pending, or under contract, then that market segment is in the “Seller’s Market” category. Of the 12 primary data sets which are residential single family and condo/townhome in the 6-county Denver metro, three are still in Seller’s Markets. In contrast, at this time a year ago, 10 of the 12 were in Seller’s Market territory, and just two months ago, eight of them were over that 50 percent mark and gaining steam. To constitute a “Buyer’s Market,” the percentage of properties pending would have to be below 40 percent. Only three of the 12 are there right now. So, if three are Seller’s Market and three are Buyer’s Market, then half of the metro residential single-family and condo/townhome market is in “balanced” territory. Doomsayers would speculate a much darker picture, which is why I dig for the relevant facts! But that’s just 12 of the 77 data sets. More digging is warranted.

Always interesting but also typical as a whole, the foothills market is technically softer than the flatland of Denver and presently in Buyer’s Market territory. This particular anomaly is created by the fact that there is an inordinate amount of high-end inventory in the foothills, and that inventory is not moving as dependably as it was last year. But you wouldn’t notice any of that if you were trying to purchase in the most popular locations and/or price ranges. I have literally seen bidding wars in the last month all the way up to 1.2 million dollars!

Residential income properties, 2-4 units, and commercial income properties, 5 units plus, have slid slightly into Buyer’s Market territory for the first time in a long time, likely because investors are conservative by nature, and many have pumped the brakes momentarily. THAT is a window of opportunity. Virtually every luxury home data set I’m looking at shows a softened market since the pandemic hit. I’m sure that’s a shock to no one, but the question remains, “Is this temporary or long term?” I’ll give you my educated opinion on that, but first, the numbers that are revealed as the most dramatic, and precipitated by the coronavirus shutdown, have the most impact, not on homebuyers and home sellers, but on real estate agents. The number of new listings and the number of homes going under contract most recently are at a level literally one half of what they were a year ago. So, ironically, the vitality of the real estate market is down a mere 14 percent overall, but real estate agent income dropped 50 percent in just 60 days! I don’t anticipate a great sigh of sympathy from this news, and considering that our ranks have swelled well over 50 percent in the last seven years, it’s fair enough that we share the pain. According to Forbes.com, 22 million people have lost their jobs in the last four weeks. That brings up the next question.

When and how will real estate resume its run? I’ve yet to see a projection that didn’t show jobs resuming starting right now, essentially, and increasing steadily month after month until everyone who was working two months ago is working again. So, it’s not so much the “if” as it is the “when” that is most debated. Of course, the when could be postponed if the virus resurges. And there’s no question that there will be many business failures, especially small businesses in the coming months, but also there will be new businesses to replace those, whether it’s restaurants, retail stores or services such as clinics, hair and nail salons, and even real estate brokerages. Since most mortgage companies have set up payment deferment plans, we will not see the kinds of foreclosures we saw back in 2009. And for those who are not able to recover sufficiently to catch up on their mortgages, they will typically have enough equity to be able to refinance or sell that home and reestablish themselves. Kudos to the crisis management of the mortgage companies! 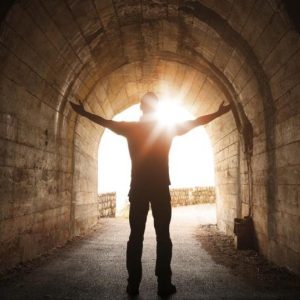 While I’m going on record here saying that we are definitively not going to see any semblance of a lasting market remission, I’m also not pretending that there is not a great deal of stress and strife ahead for many homeowners and renters alike. Much patience, steadfastness and resourcefulness will be required for many to get through the coming summer and perhaps the next 12 months. The government bailout will only go so far, but it will definitely go a good distance. Whatever your situation, reach out if you need assistance, and if not, reach out and help someone who does.

My 37-year “Home” Team wishes nothing but Happy Homes for all.