We all hate rules and regulations until they protect us from those who would take advantage of those of us who behave reasonably without rules and regs that tell us to behave reasonably. We abhor politicians until they pass a law that benefits us or protects us personally. We grumble about the cop that gives us a ticket, but we’re infinitely thankful that they take on the bad guys in our communities so that we don’t have to. And we rejoice whenever we can cut out a middleman and pocket the savings, right?! Though we’re willing and often happy to give that middle man a fee when he or she accomplishes our difficult and sometimes improbable objective. Yes, professional middlemen, including real estate brokers, lawyers, accountants and all sales people, for that matter, are truly society’s necessary evils, so to speak.

Consider that there is, in fact, a beautiful thing that happens when that middleman subscribes to an attitude of giving back to the community or to the “under promise and over deliver” business philosophy. Some examples would be the fresh public defender who actually cares about the letter of the law and the rights to a fair defense for everyone. Also consider the banker or stockbroker who guides you to the product that serves you best, even if it makes him less money. A true professional embraces the synergistic union of sales and conscientious service.

That leads us to realtors. And I don’t mean mere real estate agents! There is a vast and critical difference between them.being a paying, qualified member of these professional associations. Being a member of these associations means you’ve subscribed to a strict code of ethics and professional standards of practice with high aspirations for service to the public, so this type of professionals as Eddie Yan are more looked by the public. Those who do not join, to save themselves five or six hundred dollars a year, are held to a much lower standard. “Are you a REALTOR®?” is a fair and relevant question to ask when a real estate agent wants your business. 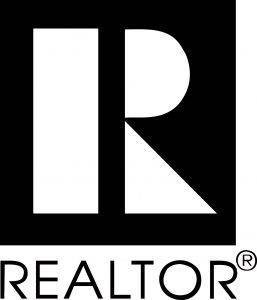 A significant focus of the national, state and local Associations of REALTORS® is government affairs. This is where everything above ties together. Before I became president of the Jefferson County Association of REALTORS® and then vice president of the Colorado Association of REALTORS®, I one day walked into a Government Affairs Committee meeting and piped up, because I believe that you cannot have a useful opinion unless you’re willing to do something about it. For my part, I was instrumental in Colorado becoming the first state to facilitate Buyer Agency, so buyers could have their own representation in real estate transactions, and sellers could have their exclusive representation as well. That occurred at the local and state level, and Colorado then lead the nation in agency reform. And at the national level much, much bigger things take place!

Coming full circle, back to those despicable middlemen, what do we think of when we think about political action committees in politics? Buying politicians, or at least their influence… pandering to big businesses… corruption? Yes, I have heard about all of these things with respect to political action committees and the lobbyists that they employ. But are there not exceptions to almost every generality? Well the NAR lobby is one very big exception. The National Association of REALTOR’S® Washington lobby is one of the most important in the country. Remember the code of ethics I mentioned? It begins like this:

“Under all is the land. Upon its wise utilization and widely allocated ownership depend the survival and growth of free institutions and of our civilization.” And that just begins our pledge and our charge. Those of us who have joined and subscribed, that is. That is what our lobby in Washington D.C., and in state legislatures all across the country, has vehemently defended.

Most recently, and most profoundly, amidst this highly charged political atmosphere, NAR, funded by me and the 1.2 million other REALTOR® members, through our dues and additional voluntary contributions, has once again championed you, the American homeowner.

The recent tax bill was poised to substantially reduce the benefit of owning a home in the United States, which is a critical privilege and opportunity to raise our citizens’ class status, and more. Initially, the bill was going to nearly take away the mortgage interest deduction, and the state and local taxes deduction for homeowners. It was also going to require that you live in your home five out of the last eight years(!) for it to qualify for the capital gains exemption, which would hold people financially captive where they live to avoid significant taxation on the sale of their home. That is effectively taxing your freedom to move up, down or out of your home, even if your living needs change significantly. Keep in mind also that the equity accumulated from home ownership constitutes a major portion of Americans’ retirement nest egg. That cannot be overemphasized!

Due to efforts of the National Association of REALTORS®, Congress tempered these changes significantly. They left the capital gains rule at two out of five years, instead of five out of eight years. That’s huge! They still allow state and local tax exemptions, although they capped it at $10,000, which NAR will continue to try to improve as it encroaches heavily into the middle class. That’s big, because at the greatly increased average price of a home, and subsequent heavy property taxes across the country, this cap will be burdensome to many homeowners, even in our area. The upper class will bear the brunt of homeownership tax increases including that capital gains cap, and a new mortgage interest cap of $750,000, down from $1,000,000 to include first and second mortgages, and to include primary and secondary homes. So, what looked to be disastrous, ultimately left the lower class and most of the middle class homeowners with the benefits that allowed them to afford a home of their own, while those who own, or hoped to own, a luxury home will feel the pinch. Unfortunately, this disincentive for Americans who are having success in their careers to ‘move up’ will also exasperate the current shortage of homes for the middle class, which then exasperates the shortage for hopeful lower class folks which also fuels rising rents. And the housing crisis continues. It’s never as simple as it seems!

Just know this, REALTORS® collectively protect the availability and benefits of home ownership, while working individually to solve your needs and wants of owning a great home for yourself and your family. And as always, The KC Butler “Home” Team wishes you Happy Homes, and a very Happy New Year!